Greetings. We should all be as lucky as Christopher Columbus. First, Spain’s king and queen gave him three super awesome ships, a trained crew, a bunch of stuff that could be traded, and what he thought was a totally accurate map of how to get to India. Second, he got lost, landed in a far off land that he was given credit for discovering even though it had been inhabited for over 15,000 years. Third, he is so famous that he had a holiday, the capital of Ohio, and the world’s largest Catholic fraternal service organization named after him. 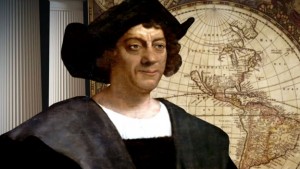 And while it might take a bit of skill and more than a bit of luck to replicate his accomplishments, there are a few basic lessons that we can all learn from Chris and his exploits…

A.  It is important to have a compelling story.

B.  It is essential to not be crushed by initial rejections.

D.  It is wise to view maps and GPS directions with some skepticism.

E.  We often make our greatest discoveries when we get lost. 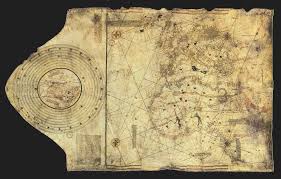 (His actual map. Seems pretty straightforward to me.)

In fact, most great discoveries occur when we decide to take the road less traveled. Or when we simply get lost and have the wisdom and courage to pay attention to what we find.

And that is why Columbus Day is way more important than most of us imagine. Sure it’s a day off for some of us that recalls an interesting chapter in the history of the western hemisphere. But it is also a day to pause and think about our own potential to set out in search of what we already know and end up in a place we never envisioned filled with new ideas, insights, people, perspectives, and opportunities.

We win in business and in life when we set sail with an imperfect map and a very open mind.