A Surprising Lesson From Apple

Greetings. Apple is in the news again with two new iPhones and the long-awaited Apple Watch. In today’s world, “long-awaited” seems to mean something that has been imagined about for a year or two. Talk about resetting our notion of time and the speed at which all of us need to bring new ideas to market. In any event, the early buzz for iPhone 6 and iPhone 6 Plus and the Apple Watch seems pretty positive, though it is hard to sort out whether these new products…and the watch in particular…will be the next game changers for this remarkable company. 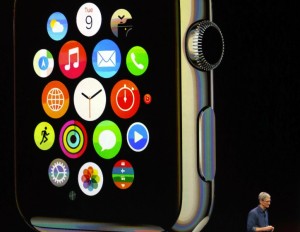 But there is an important lesson to learn from innovative companies like Apple that flies in the face of conventional wisdom about how the most successful companies innovate. The notion that they are filled with exceedingly clever people who, in the confines of their exceedingly well-designed workplaces, figure everything out by themselves. In fact, Apple owes much of its success to the ideas and insights of total strangers.

Think about what makes the iPod media player, with its dominant market share, so ubiquitous and successful. Certainly cool design, ease of use, and simple and elegant functionality have a lot to do with it. But Apple didn’t invent the concept of personalized music…that was Sony way back in 1979 with its then-revolutionary Walkman. And Apple didn’t invent the technology platform the iPod relies on…that was audio engineer Karlheinz Brandenburg and a German company named Fraunhofer-Gesellshaft, which developed the MP3 standard and received a patent for it in 1989. Ten years later, the first portable MP3 players hit the market, two years before the first iPod. And Apple, with its wildly successful iTunes store, certainly didn’t invent the notion of creating the greatest single source of content in the world: that was the Egyptians, who roughly 2,300 years ago built the Great Library of Alexandria…a library that contained more than four hundred thousand documents long before there were printing presses. Though its music and video collections left a lot to be desired. 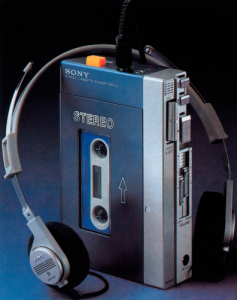 What Apple did was combine its own brilliance with these inputs from strangers, along with the skills of a number of equally clever outside partners, to create the most compelling offering and product ecosystem available.

And the story is the same with the latest iPhones and iWatch.

Which suggests that all of us, and all of our companies and organizations, would benefit greatly from creating stronger connections with a network of very creative strangers who might provide a powerful foundation for our newest and best ideas.

We win in business and in life when we come to appreciate the brilliance of those who have come before us and those around us today whose ideas provide an essential piece to the puzzle of our success.