The Tastes of Sweden

Greetings. For many of us, food is an important part of travel and a great way to get a deeper understanding of different cultures. And it is safe to say that Swedish cuisine has had a real renaissance in the last ten or fifteen years as innovative chefs have taken remarkable local ingredients and turned them into novel and award-winning creations. Gone are the days when Swedish cuisine could be summed up by Swedish meatballs, boiled potatoes, herring, gravlax or anything to do with a salmon, fresh strawberries and ice cream, lutfisk…a weird Nordic recipe of gelatinous fish soaked in  lye and surstromming…a fermented herring that was once described by a Japanese researcher as the worst-smelling (i.e., “putrid”) food on the planet. And that is saying a lot! In concert with the new Swedish cuisine, the Swedish spice cabinet has also expanded beyond salt, pepper, and dill, to include a vibrant mix of the world’s most engaging flavors. 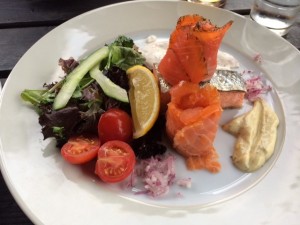 But let me take a few moments to scratch beneath the surface of Swedish cuisine to give you a sense of some of the country’s more interesting offerings. 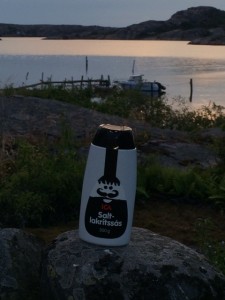 And Swedes are also crazy about aioli, which is kind of a sauce too.

Swedes also love food that comes in tubes. The most popular of these staples of the Swedish kitchen table is something called Kalles Caviar, a bright blue tube filled with creamy fish roe that Swedes put on sandwiches of eggs, cheese, or simply butter. It is kind of like peanut butter for Swedish children. And this delicacy has morphed into an ever growing collection of taste sensations that include caviar and cream cheese. Now Swedish engineers just have to figure out how to get a decent bagel in a tube. But that’s not all, you can buy mustard, ketchup, mayonnaise, soft cheese and shrimp, and even herring and mackerel (yes, that’s right, herring and mackerel) in a tube. And, of course, you can also buy sauce in a tube. 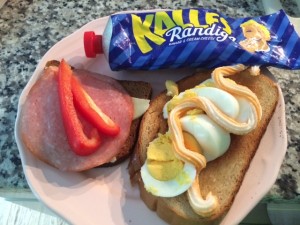 Swedes also adore candy (or “godis”) and the typical Swedish grocery store devotes a disproportionately large amount of space (by American standards at least) to a wide assortment of loose candy to be filled into handy little bags, packages of chewy candies like the especially popular Bilar (“Cars”), and candy bars. And even the world-renowned “Swedish Fish” which are made in both Sweden and Canada. I must admit that Swedish chocolate is delicious. And you can even mail candy bars to friends through the Swedish postal service (or “Posten”) simply by putting their address and a stamp on the bar itself. 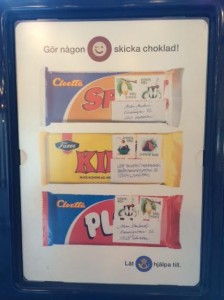 Now I will leave you to draw your own conclusions about Swedes based on their food, because as French lawyer and politician Jean Anthelme Brillat-Savarin is credited with saying:

Though I think he said it a bit more cleverly.

Cheers! Or should I say “Skol!”