The Greatest Innovations Ever

Greetings. In the latest issue of The Atlantic, writer James Fallows shares a less than scientific but totally fascinating list of “The 50 Greatest Breakthroughs Since the Wheel.” It’s a fun and energizing journey through much of human history and the moments when people have been at their innovative best.

Let me share the Top 10 list based on the recommendations of a panel of leading scientists, entrepreneurs, engineers, historians, and others, and then suggest that the entire list is likely to spark your own innate curiosity and the genius of all of your colleagues. And let me also suggest the value of thinking about what made each invention so influential in our lives, and the value of thinking about how you might make your company or organization’s offerings more valuable and meaningful to the customers you have the privilege to serve. 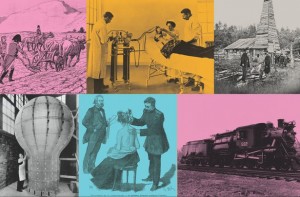 It’s also interesting and encouraging to note that most, if not all, of the fifty innovations were created by people learning from, and building on, the ideas and insights of strangers around the corner and around the world.

Rarely do we have to go it alone.

We win in business and in life when we change the status quo in some compelling way. And when we learn from the brilliance of others in other places and other moments in time.