The Fourth of July

Greetings. Today is the Fourth of July and a perfect opportunity to pause at least for a day and count the many blessings we have as Americans. A time to recall the day back in 1776 when our forefathers and foremothers crafted a declaration that would inspire the formation of the United States. And it is also a great day for large and small parades, marching bands, speeches, cookouts, hot dogs, beer, fireworks, and simply hanging out with family, friends, and neighbors. This morning we attended the annual parade in Takoma Park, Maryland, a somewhat unique American city where the event is an interesting blend of patriotism, social and political causes, and the energy and magic of our increasingly diverse nation.

And while the Fourth of July and its celebration are about “as American as apple pie,” it also suggests just how much our special traditions have been built on ideas and traditions from other places and cultures…but given our own twist. One great example is fireworks. Most of us probably know that this 2,000-year-old invention came from China. But a typical Chinese fireworks display is very different than what you are likely to see this evening downtown or at the local fairgrounds. Or take the typical Fourth of July meal. Hot dogs, just about the most popular menu item, were actually invented in the 13th century in Frankfurt, Germany…hence the name “frankfurter.” And how many of us know that the word “wiener” refers to the city of Vienna, Austria. There is also beer, another staple of any celebration and a product that was invented more than 5,000 years ago by Sumerian women in what is now western Iran. And the very notion of a cookout is as old as human civilization. In fact, it would be interesting to think about when the first people actually had a “cook-in” without burning their dwellings to the ground.

But the real key to getting the most out of any important holiday is to honor its history and traditions, respect those whose genius helped to inspire it, and use it as a call to action in our efforts to make sure that everyone in America and around the world has the chance to achieve their own independence–from tyranny, poverty, disease, and any other forces that might limit their ability to innovate and reach their full potential.

Because that would be the most important thing for a world filled with friends and strangers to celebrate. 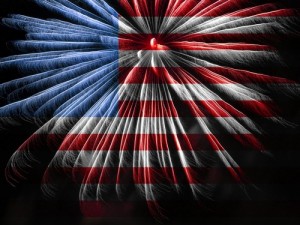 Cheers and have a safe and happy Fourth of July!